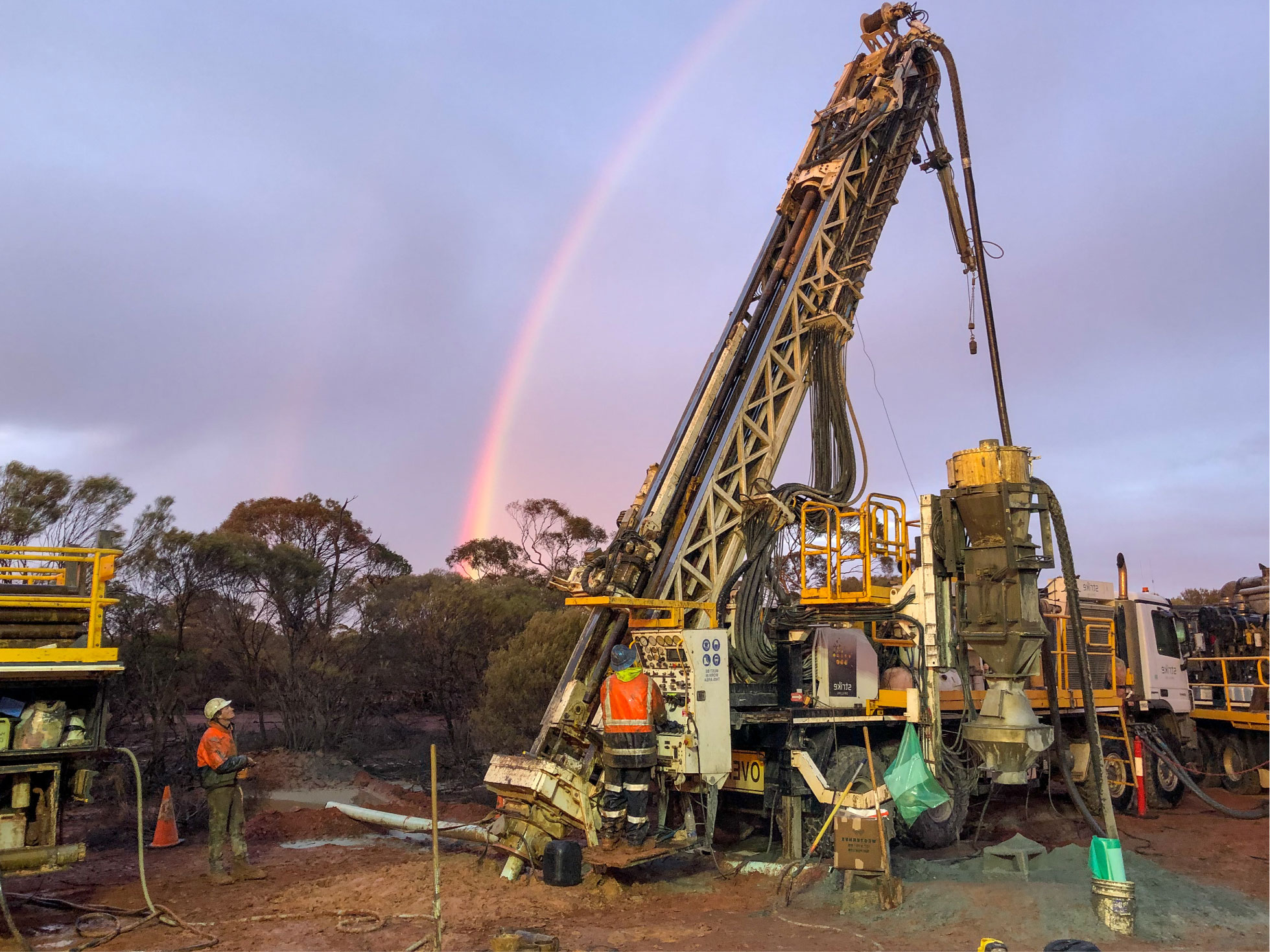 The Fraser Range Project (the Project) is located within the Albany-Fraser Orogen and consists of a western set of tenements (E28/2390 and E28/2392) and a single eastern tenement (E28/2385). The Project is located on a major tectonic suture between the Eastern Biranup Zone and the Fraser Complex on the western edge of the major Fraser Range gravity high, and is positioned within a major northwest-trending linear structural corridor that creates a distinct break in the Fraser Range gravity anomaly. The tenements are located between 80km and 110km along trend from Independence Group’s (ASX:IGO) major Nova-Bollinger nickel-copper deposit.

The tenements are prospective for nickel, copper and gold mineralisation.

The Company has completed high resolution aeromagnetics, ground gravity and electrical geophysical surveys at Fraser Range. Data compilation and modelling of historic surface geochemistry results has defined several areas anomalous for nickel and/or gold. Due to a paucity of outcrop, target generation is reliant almost exclusively on geophysical interpretation of geology combined with geochemistry data.

Four reverse circulation (RC) holes were recently completed by the Company, targeting electromagnetic (EM) conductors defined by the previously undertaken geophysical surveys coincident with by surface nickel-copper anomalism from historical soil sampling. Anomalous copper was intersected in two of the four holes, 24m at 0.08% Cu from 144m in FRMRC002 and 3m at 0.13% Cu from 172m in FRMRC003. The intersections are coincident with logged disseminated copper-bearing sulphides.

The Berghaus shear zone is comprised of a suite of parallel shears and contains the Mt Berghaus deposit and the smaller Cookes Hill gold deposit held by De Grey Mining. There has been minimal previous exploration within Wildcat’s tenure along what has been demonstrated as a fertile structure.